Several months ago, Emily Casey invited me to join her and Robert D. Marion in writing fairy tales with zombies in them. She’d already written Cinderella and Zombies, and was working on Snow White and Zombies, and Robert was working on a book with zombies in the tale of King Arthur. They wanted to join forces and create what we eventually called The Undead Fairy Tales Collection.

Oh, darn. I was going to build the mystery all carefully and such… 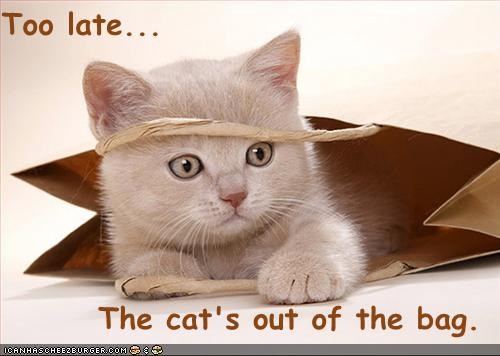 Yes, we decided on the name after I’d agreed to join them in the zombification of some our most beloved stories. At which point, I was doubting my decision:

Could I really do this?

The idea of writing a zombie apocalypse is, to me, only slightly more interesting than gravel. I like reading stories with them, to a certain extent, but it’s never actually because of the zombies. I was far more interested in the people and how they dealt with these creatures. That, and, I felt like the whole end-of-the-world-as-we-know-it thing had been done to death (pun intended). This was, of course, before I watched Warm Bodies, which was brilliant and witty and creative and EVERYONE SHOULD WATCH IT.

Right. Fairy tales. My mind kept saying “The Little Mermaid”, because that was the first one I could think of that seemed easy to add zombies to. My heart, on the other hand, kept saying “East of the Sun, West of the Moon”.

If you’re not already aware of it, “East of the Sun, West of the Moon” is a Norwegian fairy tale about a girl who goes to live with a polar bear in order that her family might not be poor, flubs the bear’s life up so majorly that he has to go off and marry a literal troll, and then risks everything to save him.

When my mind and my heart disagree with something, I’ve learned the hard and generally not-very-amusing way that going with my mind is a bad decision. Even though I absolutely could not in any way, shape, or form figure out how I would incorporate zombies, I had to trust that my heart knew what it was talking about. “East of the Sun, West of the Moon”, it was.

To make a long story short, the elements that I needed in order to write this story sort of just fell into place in that magical way that I wish tuition money would just fall into my bank account. They also converged together at exactly the same time I had a rather amazing personal experience that would  perfectly fuel the emotional core of the story.

Now, this isn’t going to be a zombie apocalypse story. There aren’t really any zombies, anyways, not in the North American pop culture sense. It’s not a light, sometimes annoyingly vague fairy tale either, like the original was. And neither is it horror.

What it will be is dark fantasy. It’ll be a novella-length retelling of a fairy tale. It’ll have less than five undead in total who can all speak, work magic, tell the future, and bring general ruin through dint of their abilities and intelligence. It’ll be different from anything you’ve ever read.

I’ve decided to call it The Illuminated Heart.

(If you know where I’m going with this already, here’s the link you’re looking for: “The Illuminated Heart: A Novella” on Indiegogo)

Yeah, my next published book isn’t going to be Hidden in Sealskin, because, well, I’ve never edited anything as long as a novel before and, frankly, it scares me. I’m glad that I procrastinated enough to get to now and publishing The Illuminated Heart first, because then I’ll have a chance to edit something first that’s both shorter than a novel and longer than anything else I’ve ever edited before. You know, baby steps. Plus, you get a new story that you didn’t expect was coming! :D

Now, last summer, when I published Dreaming of Her and Other Stories, I went on a shoestring budget, minus the shoestring. I wrote everything, edited everything, formatted everything, and uploaded everything. I made the cover art on a computer that was very slowly dying, causing me no end of frustration every time it crashed right when I’d completed something particularly brilliant and had forgotten to save. I spent a lot of time and effort on it, but no money.

Hey, I’m a university student. It’s how we roll.

With The Illuminated Heart, though, I want to surpass the quality I was able to achieve with Dreaming. The thing is, I did so dang good with Dreaming that I’ve hit the ceiling of what I can do at my current skill level with no budget. I could keep going at that ceiling if I wanted to, but, if the quality of my work doesn’t increase with each book I make, then I’m doing you a huge disservice.

But, as I said, I’m a university student as well as an author, and all the money that I’ve been earning has to go towards my degree if I want to be able to finish that thing in less than a decade.

At which point, I come to that new thing you may have noticed at the top of the sidebar. The thing with the picture of a girl riding a polar bear which is like this, but cropped:

I’ve made a campaign on Indiegogo to raise money to help me fund this project, aiming for a budget of $500. Six people have already contributed a total of $95, and they’ve been sharing about this project with their friends both in person and on various social media. They’re investing in my project and, in return, will be receiving anything from a prerelease ebook of The Illuminated Heart to a preorder of Sigur Rós’s upcoming CD, and possibly even more.

The widget in the sidebar is like the invitation to the party that is the making of The Illuminated Heart.

You can also be a part of this.

Together, we can bring something no one’s ever seen the like of into existence.

And here is our party: “The Illuminated Heart: A Novella” on Indiegogo.