How to Get Fit Without Exercising

Seriously, I find treadmills and exercise bikes boring, weight lifting utterly pointless, and jogging? Ugh. About as exciting as drilling holes into my own skull*. 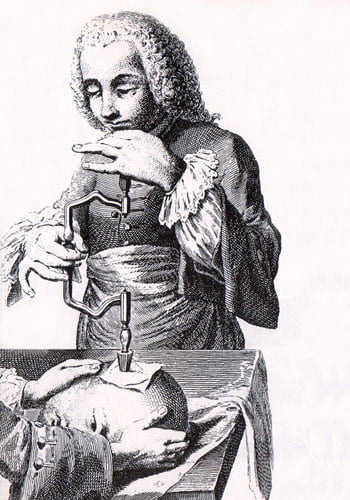 That can’t be comfortable.

There’s a huge worry in our society about the costs of inactivity, ranging from the fact that sitting on the couch all day watching TV is socially frowned upon to the fact that a sedentary lifestyle can lead to premature death. Studies keep coming out saying that being active is one of the best things you can possibly do for your body**.

Well, gee, I’d really like to not die of chair-sitting.

But I hate exercising. So I haven’t.

If you’re like me, you get this. You want to be healthy, but the ways that people have told you to be healthy make you want to rub a cheese grater on your forehead instead.

It just doesn’t make sense that we would loathe something that makes us healthy. I mean, if we’re treating our body right, shouldn’t that make us feel awesome?

Beyond that, I’ve never understood the logic behind exercising. Allow me to explain:

Me: Why are we supposed to exercise?

Them: Because it builds up muscles, strengthens the heart and increases flexibility.

Me: Why do I want all those things? I mean, they all sound great, but I don’t understand why I can’t just be happy with an unfit body.

Them: Because then you’re fit! You’re healthy. If you have an unfit body, you can get disease and your body will break down.

Me: So, I’ll walk around a bit every once in a while. It’s not like I never, ever move. Seriously. What’s the point in being so wonderfully healthy?

Them: Because you want to be healthy.

Me: Okay, now you’re just putting words in my mouth.

Them: Don’t you want to be healthy and wonderful and have everyone love you?

Me: I am wonderful and I don’t care if everyone loves me. Why do I want to be healthy? Why do I want my body to function at its best?

Them: Because it’s wonderful. It feels good.

Me: How exciting. But what is the purpose to being healthy?

Them: It means that your body is working at its best. Because I’m pretty sure we already covered this.

So let’s just throw out this exercising just for the sake of being healthy thing. Let’s also throw out phrases like “getting active” or “increasing activity level” or “living an active lifestyle” because I could care less.

My life doesn’t revolve around my body.

Now, with that all said, I do want to be fit, because that’s different. The idea of “being fit”, perhaps unexpectedly, implies less of a state of being and more of an enabling myself.

People who are healthy are just… healthy. But people who are fit can do things. They can run to the bus stop without getting out of breath, they can play sports without dying of exhaustion a quarter of the way through.

They can do bowling without their wrist crapping out after the first game so that they go from beating their middle-aged aunt to being beaten by their four-year old cousin who’s using a ramp. Yeah. True story.

Because I want to do things with my body, I want to be fit. But it’s not just that.

I love gaining mastery over things. I love getting to the point where I know I could do something at the drop of a hat, and do it perfectly. I love being able to do things with my body rather than despite of it.

It’s not just about doing things. It’s about taking pride in the ability to do them well.

So, a few weeks ago, after realizing that sitting around all day makes me feel like crap, I thought about the fact that I want to use my muscles, and I was like: “Well, what do I want to use them for?“

Next thing I knew, I’d not only decided to take fencing and archery lessons, but I’d also found out where I could take them. On top of that, both locations are about a fifteen minute drive from my house, have special summer classes, provide equipment, and are very reasonably priced***.

Oh, and I went to my first fencing lesson yesterday and I LOVED it.

But that’s not even the cool part. When I got home from learning about basically everything to do with fencing (no joke, that coach is intense), I was already thinking about how to make myself better in between lessons.

‘Those things are heavier than I thought,’ thought I while getting ready for bed. ‘And my shoulder was the part that was complaining the most. I think I’ll lift weights to make that stronger. Oh, and I need to work on my stamina if I’m going to be able to make it through the next lesson without being totally out of breath, so the exercise bike would probably be my best option. What about my technique? I have a stick that’s lighter than a foil, but it’s totally the right shape, so I can use that. The only thing is that I’m going to be lopsided, doing everything with one side of the body, and that’s just going to feel funky. Looks like I’ll be working on being ambidextrous…’ “One day, you too will be able to float like me.”

Here’s my point: ignore the experts and why they want you to move around. Find something you would love to be able to do, do it, and give yourself a reason to do it well. For me, it’s just the sheer joy of being able to do something really cool. For others, it’s to win competitions. To others, it’s because the thing they’re doing makes them feel alive.

As those limitations disappear, let yourself love how much better you’re getting at this thing you want to do well in. And, if you’ve get to a point where you’re happy with where you are and don’t care about getting better anymore, then congratulate yourself for reaching your goal and go find out what other crazy awesome thing you can do.

Because, really, the point isn’t exercise, activity, fitness or even that seemingly elusive “being healthy” thing.

The point is living.

*incidentally, this is also known as trephining and was used as a surgery to treat a variety of ailments, including chronic debilitating migraines. Sometimes, it even worked.

**at least, that’s what my mother says when she’s telling me to get off my butt.

***if everything lines up this perfectly for you about something you want to do the moment you decide and start acting on it, you can know without question or shadow of a doubt that you’re doing exactly the right thing at exactly the right time. It’s like everything was screaming YES and FINALLY at me when I saw the results of those Googles searches. I would have been an idiot to change my mind.