The Art of Goofing Off: Episode 4 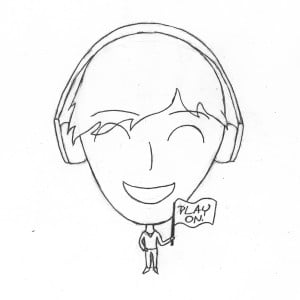 This episode features movies, TV shows, and webcomics. As usual, scroll to whatever section you’re most interested in.

I love this movie. Some people, upon hearing this, have been surprised, so let me explain:

When I watched the trailers, I was inordinately excited over the sci-fi/science fantasy premise, and that here was a sci-fi movie with a female main character. My one hesitation was at the end of one trailer, where Jupiter says “I love dogs, I’ve always loved dogs.” I was like “This is either a warning from the people who made the trailer that the movie is terrible or this movie is going to have wonderful oddball humour.”

(Btw, Jupiter Ascending isn’t sci fi or science fantasy. It’s a space opera, which is a sci fi/fantasy genre and storytelling style that used to be a lot more popular than it is now. I love space operas.)

But then there I was in the theatre, about twenty minutes into the movie and loving every second of it. Time and attention had been given to worldbuilding. There was cool technology that no one explained because the point was to watch it in action. There was weird humour. There was a epic story spanning solar systems where the person making all the decisions that mattered was Jupiter Jones herself. Where the story moved forward because she went and did things, things that everyone else reacted to and tried to manage.

The biggest thing for me, though, was that I recognized in this crazy, wonderful movie some essential thing that I’ve been looking for in stories for ages. It’s the thing that spurred me to try to write my first novel at the age of eleven. It’s the inspiration behind that story. The thing that I was trying to do with it, and something I’d never seen done before but sorely wanted.

By the time Jupiter Ascending came out, that original story idea hadn’t left my head, and so I decided to be done with it and all the other story ideas I’d had for that world. I put them all together into one massive story idea (that somehow works) and started writing. All I wanted was for this story idea to finally leave my head so I could use that space for other things. As a result, I expected it would be a minor blip in my writing career. A side novel that readers would find interesting or curious, but nothing special compared to my other work.

So imagine this: I’ve just watched a movie that captured the essence of what I’ve been trying to write for over a decade. The credits are over, and I’m leaving the theatre with only one thought going over and over in my mind: “Hollywood did that. People invested millions of dollars in making this happen and I just watched in in the theatre.” Even now, regardless of how well the movie did and what the critics have to say, that thought still goes through my mind.

Which made for an interesting experience. I already loved No Reservations – the humour is great, the story is well made, and I love the way they introduce and deal with Kate’s character arc. When I rewatched it this month, I enjoyed myself immensely. It’d been a while since I last saw it and I’d forgotten how much I enjoy it.

Back in my third year of my undergrad, I was taking a German class during which we watched Bella Martha. I’d had no idea until that day that No Reservations was based on another movie, and so I was excited to see how the two compared.

The biggest difference between the two is how the end plays out, but it’s really not different when you consider the differences in context. The heart of the ending is the same, even if the details are different.

If you can watch both movies, I highly recommend it. I wouldn’t be able to tell you which order is best, though xD Also, I recommend watching Bella Martha with subtitles unless reading them is obscenely difficult for you. German’s actually quite nice to listen to when people aren’t making fun of how it sounds to them.

This is a beautiful, eerie anime where suspension of disbelief is easy as slipping into a dream. The animation, music, storytelling – all gorgeous. Most of the episodes draw from folklore and fairy tales, primarily old stories the creator of the manga heard growing up, these stories told in a world where creatures called mushi exist. Mushi are excellently explained in the first episode of the first season. They are creatures that are very nearly pure life. Not many can see them, but they can do a wide variety of unusual and seemingly magical things. Ginko, the main character, is a mushi-shi, a mushi master, and he travels from place to place, helping people deal with the mushi in their area.

The first season has an excellent dub (usually I watch subs – anime with subtitles – so I can’t remember why I watched this one dubbed – where another language is dubbed over the original lines), but the second is currently only available subbed.

If you’re someone who needs to finish things, you’ll like that each episode of Mushi-shi is self contained. Sometimes later episodes will reference earlier ones, but there’s no overarching storyline. The only things that appear in each and every episode are Ginko, the main character, and the mushi.

If that’s not enough to get you to check it out, I don’t know what is.

The Order of Tales

In Episode 3, I talked about Rice Boy, created by Evan Dahm. The Order of Tales is his second webcomic, also set in the world of Overside, also featuring TOE, but entirely in black and white. It’s also less epic fantasy, more one guy traveling around to learn stuff. Of course, it’s what he learns that gets him into trouble…

This is Evan Dahm’s third major webcomic (he also has some short stories on his website), and it’s huge. We’re in book 3 and he’s not done yet, not by a long shot.

So far, though, the art is gorgeous. This one is in colour and, where Rice Boy is surreal and psychedelic, Vattu is grounded. It has a far more realistic feel, which works well with the plot, which he describes this way: “Vattu is a story following a member of a nomadic tribe caught in the midst of a massive clash of cultures.”

Basically: If you love worldbuilding, gorgeous art, and an exploration of competing cultural values, you’ll like Vattu. A lot.

And there you have it! Go forth and enjoy :D