The Nature of Generosity (It’s Not About Numbers) 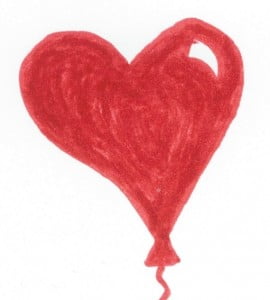 The most common response I got when I messaged people about my Kickstarter last month (which ended up being 135% funded! How cool is that?) was an apology. Either

1. They couldn’t pledge at all because of financial reasons (difficulties, getting out of debt, upcoming weddings, university tuition, long-awaited family trips, etc).

2. They couldn’t pledge very much because of financial reasons (see above).

When You Can’t Give What They Ask For

Until this year, I didn’t have a credit card. There were so many Kickstarters I’ve wanted to support ever since I first heard of Kickstarters, but I couldn’t pledge to any of them because I didn’t have the means to do it.

In one case, I so badly wanted the campaign to succeed, that I asked my younger brother to support it for me as a Christmas present (at this time, I lacked both the credit card and the funds).

For a while, I didn’t know what else to do. I wanted to support these amazing projects, but I couldn’t do it the way they wanted. Over time, though, I realized that, even though I couldn’t help by giving money, I could help by telling people about the campaigns and hopefully someone I knew would pledge.

The most recent example of this is Edgar Allen Poe’s Murder Mystery Dinner Party, which I told everyone I could about at every opportunity I had. I still am, now that the show’s running. It’s my favourite thing about Mondays :)

When I asked the people who couldn’t pledge to share my Kickstarter around with their friends, they jumped on the opportunity. I didn’t even have to ask a few people – either they already had or they asked if they could before I had a chance to bring up the topic.

There’s a cliche reminder “You can be generous with more than money,” at which point everyone thinks of time and how busy their lives are. You know I’m right ;)

You can be generous by giving something other than money.

If you couldn’t pledge and contributed to my Kickstarter by sharing it with your friends, know this:

You didn’t have to do any of that, and yet you did.

When You Can Only Give a Little

The people who apologized for not being able to give much had quite the range of pledges. From $5 all the way up to $65, in fact.

It costs me $40 to fill up my gas tank, and I have to fill it about once a month. This summer, I tried to stretch it out longer so I wouldn’t kill my budget more than a month at a time.

Or, better: Last month, I spent about $11 on black licorice. I did not regret the licorice. I did, though, overspend my spending money budget for that month by $11 with that one transaction.

Another thing I did last month was support a Kickstarter for the first time (ALL of the neon!). All I could afford was $5. I forgot about the currency exchange rate and ended up paying just over $6, at which point I winced and had to juggle the rest of my budget so it would work (aka, figured out if I could get away with even less driving than I’d already planned).

Which is to say: literally everyone who pledged any amount whatsoever knocked my socks off.

If you pledged and you feel like apologizing for how low the amount is, know that there is nothing to apologize for. You pledged. I am ecstatic that you pledged, no matter the amount, and I am thankful for your generosity.

The Objective Measure of Generosity

This story illustrates how I measure it:

Jesus sat down opposite the place where the offerings were put and watched the crowd putting their money into the temple treasury. Many rich people threw in large amounts. But a poor widow came and put in two very small copper coins, worth only a few cents.

Calling his disciples to him, Jesus said, “Truly I tell you, this poor widow has put more into the treasury than all the others. They all gave out of their wealth; but she, out of her poverty, put in everything—all she had to live on.”

True generosity is about making sacrifices for the good of others without any expectation of return.

One person made me cry by pledging $10. She had previously told me that she couldn’t, and explained a little about her current financial situation.

Another did the same by pledging $6. I’ve known her for a while and I know enough about her financial situation to know that this wasn’t pocket change.

Same with someone who pledge $5 even with having to deal with tuition payments. During university, I could barely afford to spend $2 on anything that wasn’t absolutely necessary.

Every pledge made me a little teary with happiness, to be honest.

It is the nature of a Kickstarter that you expect a reward of some kind for giving (unless you specifically choose not to get one), but I found out was that the reason a lot of you pledged and/or shared the link was because you wanted good things for me. Even if you wanted the book, you wanted most for me to succeed.

A lot of people say that human beings are never really selfless, that we always want to know what’s in it for us.

If that’s true, that doesn’t explain what happened with my Kickstarter.

That doesn’t explain you.

And I’m glad for it.

Thank you to everyone for all that you gave to help me publish Like Mist Over the Eyes. I can’t wait for it to be out there in the wild – every time I see that someone has bought one of my books, I imagine them curled up on the couch with a cup of tea, reading it.

It’s one of my favourite things to imagine. :)

Well hello there, it’s nice to see you again 😊

It’s considered bad form to mention in blog posts how long it’s been since you last published a blog post, so please excuse my bad