The Tree Remembers, and the Magic of Forests 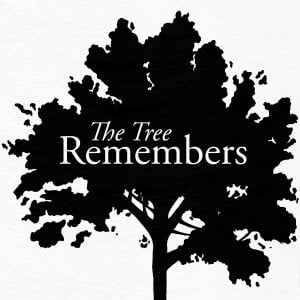 You are surrounded by cedars so massive that they turn the aspen and dogwood between them into undergrowth by comparison.

Ferns brush against your legs as you walk between them, walk on ground which has the unnerving habit of turning your footsteps hollow. In those places, it is only because of the moss-covered tree roots that you don’t fall through the thin crust of soil and come face to face with the lacy fronds above them, and you know it.

In the Pacific Rainforest, you can’t help but see the trees as giants, as the silent guardians of this land you now trespass.

Now imagine a tamer sort of forest, full of poplar, aspen, spruce. You are a child sheltered by their branches, welcomed into their domain along pathways both familiar and strange. They change with the seasons, grow as you do. Between them, they harbour wild raspberries and strawberries, beautiful saskatoon trees, and a dancing multitude of wildlife.

When you are among these trees, you know they would never reveal you to a stranger they don’t trust. They would protect you with all their careful strength.

I am obsessed with trees.

This might have something to do with the fact that that second forest I described, the friendly one, is the woods around the acreage I lived on for the first ten years of my life. And that the first one, the mysterious one, is the one I see when I go camping with my maternal relatives in B.C.

On the acreage we had narrow paths that wove through the trees, paths which I imagined the deer sometimes took as they came and went from eating the tops of my mom’s raspberry bushes. My siblings and I would explore them, eager to find what treasures they hid along their length. Even now, when I see the barest of trails in the woods, I get excited with the possibility of discovery. I only walk the forests of B.C. more respectfully because the trees there demand it.

In every story I’ve written with a fantasy element, no matter how urban the main character’s usual surroundings, at some point something magical will happen near trees (bonus points for other situations involving plants or plantlike imagery, especially vines and flowers). Even The Illuminated Heart, the least treed of all my published works thus far, does this.

I don’t do this on purpose.

But I can’t get away from it.

Trees are where the magic happens.

So it might come as a surprise that The Tree Remembers initially had nothing to do with trees.

I dreamt one night of a young woman with green in her hair who took a roadtrip across Canada on her motorbike to find her home. The story I originally thought I would write from it would be about her travels with friends as she went, led by intuition, a roundabout path to her destination, recovering the memories she had lost about it when she arrived.

Over time, this idea morphed, discarded what didn’t fit, and pulled in random throwaway lines and serendipitous events (finding the quote the title comes from, skimming a book on proper apologies) as well as purposeful research (how long it would take to get to B.C. from Ontario using various travel methods) until a forest grew into it.

Eight years ago, Minerva Thiessen moved away from home to separate herself from her past and what she is. But now it’s all caught up with her in the form of the only man she ever loved and is pulling her back to face the people she hurt when she left.

Of course, she could choose to hide. But that’s not what she does.

Has everything to do with trees. The Tree Remembers comes out on January 28th.
Preorder it now.

The Making of Plunged Ashore (aka New Book Out Soon!)

I don’t know about you, but when I dream, I have some places that show up in my dreams over and over. Some are real