The Very Rejection (a poem) 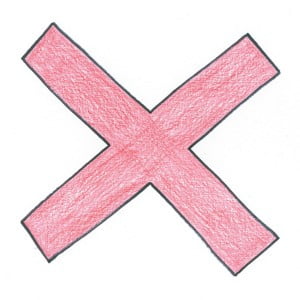 The emails have started coming in
“We are unable to further pursue your application
at this time.”

Did monkeys set fire to your phone?
Your internet works

Unfortunately, these are my monkeys, dammit

Interjections are like emoticons
Grammatically loose
They hang out wherever they want in the sentence
“Oh, hi frustration, there you are again”
“Hello, happiness, good to see you”
(Thankfully, my most extensive emoticon use
is of the smiling variety
I feel blessed for that)

Ten applications sent out in the past week
Statistically speaking
I should get at least one interview right?
Of course, I could be overreacting
I’ve only got two replies back
And one for a job I wasn’t even going to accept
(Too many hours, not enough writing)

What, I can apply to boost my confidence
It’s not a crime

These aren’t the first requests, either
The first rejections
I’m tempted to run into a “buy my book” spiel
But then I wouldn’t be asking
It’s not asking if you don’t let them say no
It’s not asking when you’re begging for fear of all the apocalyptic visions
Your creative mind can conjure
They’re very vivid
(Should I have struck “very”?)
All red dirt and dry air and rocks shorn away bit by bit by the wind
Like Drumheller, I guess
That’s it; I’ll be unemployed in Drumheller
So long as I stay away from there, I’ll be fine, right?
(Sorry, Drumheller)

I got the form email and wanted to take it personally
I do that, sometimes
But how can you take personally
Something sent to you they didn’t even write?
Just a button press and there it is,
in my inbox

And then there it is:
The art of asking
(Yes, I’m reading the book
Yes, I might have shed tears over the stories contained within)
(Yes, it’s beautiful)
But how do you ask when you’re sure people will say no?
How do you ask when you’re sure it’s selfish?
When selfishness is the very thing
(there’s that very again)
the very thing you’re afraid of becoming?
That’s the thing people become when they’ve made it with art, right?
Selfish?
How can you be selfish when your entire life and work revolves around making things for others to enjoy?
Does not compute, human

I could be a professional robot, right?
Silver paint and some cardboard
Tell logic jokes that aren’t funny
Bah, I still imagine myself a performer
Plus, how could I be a robot when I can’t dance?
And when I feel each time I get a rejection letter
Feel
That maybe I’m walking down the wrong path
Was this the job I believed in anyways?
It’s terrifying not to know if you’re making choices
That will build you up or tear you down
Future you is always so insubstantial
Present you asks the only person who knows anything about the future
That Person smiles and says
“You’re on the right path, kid
You got this
And I got you.”
Which is warm and fuzzy but not terribly comforting
When you’re feeling melodramatic and want to self-flagellate
Over all the chaos and disaster you’re almost certainly causing
And how you’re pretty sure you’re slowly destroying your future
Until all you’ll be able to do to survive is wash dishes
Stand and stare out the window while you remove grime other people made
Not even look at the dishes because you do it mostly by touch anyways
As the soap creeps into the lines on your hands
And the bubbles crawl up towards your elbows
And you listen to an audiobook so your brain can do something
I’m sure there’s a circle of hell that only involves washing dishes for all eternity

But then there are the days I believe in myself
And entertain my delusions of grandeur
I practise what it would be like to be interviewed on television
Would I be able to engage in witty repartee with Ellen?
Or would I choke and forget all my best lines until they woke me up at 2am the next day?
That would be embarrassing
But pretty funny
And very (very) human

How do you human?
Get a degree, get a job, get married, get kids, get a house (maybe before the kids), get retired?
Got the degree
Well
Sort of have the job
And also definitely have the job?
Is it a Real Job when it can pay for rent, or is there something else I’m missing?
Is it a Real Job when it matters to people and has them send in emails or make videos about how much what you did
meant to them?
Is it a Real Job when you have a boss and other people in the building who aren’t related to you?
(Sorry to all the family businesses, if that’s the case)
And is it still sad if you spend all your time on a computer if the computer is in an office and you’re making spreadsheets for things other people made?
I think I have Schrodinger’s job
I don’t know if I’d be alive or dead on my own with it
And, gosh darn it all, it costs money to publish a book
I mean, the kind of book that people can hold in their hands
And talk about as your first book as if you hadn’t published an ebook of all your hopes and dreams two years prior
Can I blame people, though?
It’s probably counterproductive
And I feel vain and petty and small when I do it, anyways

So I got two form rejections in the email
Nothing about the style or marketability
You’d think no one knew I wanted to know if the story my resume and cover letter told looked anything like me
I’ll admit it’s an odd duology
A bit low on atmosphere
High in setting variety
The plotline sort of flounders a bit
Where is the story going, again?
What’s the main character’s core motivation, does she have any?
(Yes)
(But it sounds a lot more like poetry and video games and travelling the world to visit friends and see things she’s never seen before so she can write better books that make people laugh and weep and cry out that they’re not alone even though it’s just them in the room with the book because it’s not just them in the room with the book. And it sounds like music on the piano and with the voice of someone who was once told she’d never make it as a singer but who’s going to try her darndest anyways, and it looks like stop motion papercraft videos that no one’s probably going to like but will make her laugh because she writes the jokes for herself anyways, and it looks like art with lines everywhere and plants in odd places and things that Da Vinci would never make but who cared about realism so much that they wanted to paint it all the time? Definitely not this girl – except she really does want to draw an eye that will make someone weep sometime and write about the owner of that eye while she’s at it. And it sounds like a whole bunch of pretentious poetry that devolves into a prosaic bit at the end because it’s utterly impossible to contain all her dreams in one line at the end because, dammit, they’re fantastic, and they look a lot like her and not a bit like what everyone else keeps imagining for her future and so no wonder she feels dead when they start imagining her future for her when all she asked them was whether they’d give her a job so she can pay for all the things she wants to make for people so that she can inspire people the way they’ve inspired her gosh darn it)
They say very is a silly word
It keeps you from saying what you mean
Lets you prop up sagging adjectives and verbs
As if those words lost their spines (or never had any)
And would devolve into amorphous blobs without “very” on them
There are a lot of things we do that count as “very”
And they all come down to a question of trust:
Will this word shine?
Definitely not if I stick it after very.