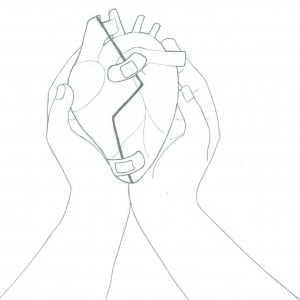 What is courage?
When you do the right thing, no matter the risks

No, but hear me out
Going on in spite of fear?
Sure
Doing things other people want to but wouldn’t dream of?
Yeah
Slaying monsters?
Well, duh

But what is bravery?
Is it a feeling?
Can you measure it, make a list of ingredients?
Can you tell someone to julienne something and boil something else
Soft peaks
Soft peaks
Until the butter’s folded with the sugar
And, voila, courage?

The bravest things I ever did didn’t feel brave
They didn’t feel scary, either
(I mean, there was some of the “what if” going on
But I wasn’t terrified
More like mildly curious about potential negative outcomes
Something like that)
They didn’t feel much like anything
I just did them
Didn’t even think of them as brave until someone congratulated me
That was weird
Surreal
All I did was what I thought was right
Is that bravery?

But then I think “well, this is something I’d never have done a year ago
No matter how much I wanted to
So I suppose that’s brave”

Except it’s so anticlimactic
There’s supposed to be a swelling soundtrack
Probably some trumpets
(Definitely some trumpets – what kind of movie do you take my life for?)
A French horn for a few noble notes
I’d probably strike a pose for an invisible camera
But no, all I did was send an email
And then make lunch
Or decide again that “yeah, this writing thing is that important to me”
Four years of making that decision
Is bravery?
I guess maybe that
And the email
The sandwich definitely wasn’t
That was just a sandwich
(It tasted nice, though)

“Just” a sandwich, though
I “just” did them

I broke up with very last week
Maybe it’s time to break up with just?
“Just does not imbue your words with confidence”
“Just says you don’t really believe what you say”
Fine. It was a sandwich
I did the things
(Now I’m hungry)

I get this uncomfortable feeling when people congratulate me
Say the nicest things about me
All I want is to get off the thing they’ve put me on
“Please, look at someone else. I didn’t do anything special, promise
I didn’t do anything anyone else here couldn’t have also done
I sent an email
I set a priority
Please, you do this all the time
It’s really not that amazing, I promise”
And then they try to explain it
But I’m like
“No, really
I don’t have any qualifications or skills you don’t
Please
It’s not that special
It’s really not.”

Which means I need a new definition of bravery
Because I need one that can be me
Without
Without
I don’t know
I’m five feet tall
When people start looking up at me it’s because they’ve fallen
Or physics broke
And all I want to do is bring them back to their feet
Because this is so weird
I mean
If bravery is my new normal, I’ll take it
But can we not talk about it?
I feel like Leonardo Da Vinci in Ever After
“Yes, I shall go down in history
as the man who opened a door!”
(Life is so much easier when people write all the witty one-liners for you, I imagine)
Like, if I were brave
Why would I be this uncomfortable right now?

Maybe the compliments we have the hardest time taking
Are the ones we have the hardest time believing
There are so many times I gave up
So many things I wanted to say, but was too scared or hurt to
So much I wanted to do
Only to turn around and walk away at the first sign of rejection
And I wonder “what if?”
What would my life look like if I’d insisted on being in drama class in grade ten?
If I’d insisted on trying out for Helen Keller and didn’t take no for an answer?
That role that I’d secretly wanted to play for years?
But the teacher expressed doubt at the timing of it (the semester was already underway)
And I walked away sadly instead
What would my life look like if I’d insisted on speaking in chapel?
Saying to the pastor who told me he didn’t think I could hold people’s attention for more than ten minutes
“I know I can – watch me”
I’ve done hour long presentations since that were a blast for everyone involved
But I let his doubt become my own that day
Because I was unproven
And I knew it
And I hated that I wouldn’t give myself the chance to prove it to myself
That I could do the things I knew knew knew that I could do
So sending an email is brave?
I wish I’d had that bravery when I was younger
I wish I’d believed in myself enough to show people what I already knew was true
I wish I’d said things
Instead of walked away
I wish it could be better now
I wish I could have known what I do now
And just believed in myself
Just
It could have been so simple.

Maybe being brave
Is finally letting her go
And being who I am now
Instead.