Why Stephanie Meyer is a Truly Great Writer 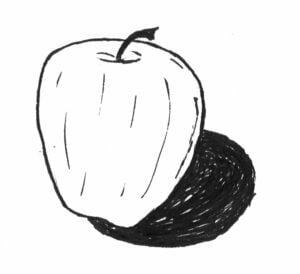 Yesterday, I read Eve by William Paul Young, the author of The Shack, and it taught me something I will never forget.

Reading as an author different than reading as a reader – when you’re a writer, you don’t read to read. You read to learn. You read to gain a better grasp on story, to discover ways to improve your work by following or not following the example of the author you’re reading.

So what struck me all through reading Eve was that, despite character voices that don’t always ring true, the author’s voice sneaking into the characters’ dialogue, almost no sense of setting or action, and the feel that it was more in the vein of a philosopher’s dialogue with plot than a novel, one thing remained certain with every single word:

No-one can do what William Paul Young does.

This isn’t some theoretical position about the uniqueness of what each person creates, although that assertion is true. This is the fullness of that idea made manifest in his writing. No matter what material it pulls from, the existence of Eve requires the existence of William Paul Young.

What William Paul Young and Stephanie Meyer Have in Common

Before I could put this into words, all I had was a feeling: this emotional connection I’d made to both Eve and The Shack despite the many weaknesses of the writing. I considered the kinds of reactions The Shack got, the criticisms of its detractors, who mainly focused on the details of its content and writing quality, contrasted with the praises of its supporters, who mainly focused on their connection to the story and what they had gained from it. It reminded me of how people have responded to the Twilight series and The Host.

Now, I haven’t read the Twilight series, so I can’t comment on it, but I have read The Host. It had some borderline disturbing relationship dynamics (with a few beyond borderline disturbing moments), about twice the dialogue it needed, and the sense that almost every solution to the story’s problems was too easy.

And yet, it comes down to the same thing as Eve: No-one, past, present, and future, can do what Stephanie Meyer does.

Being a truly great writer doesn’t require impeccable prose, beautiful language, and views that are universally palatable or praiseworthy.

It simply requires the writer know their value so deeply that it comes through every word they write.

This is mistaken for arrogance when we are mired in the belief that we are less than who we are. We cry to those who know their value to have some humility.

Does this mean that a truly great writer is perfect and always knows their value? No. We are all flawed, after all.

But both William Paul Young and Stephanie Meyer, like Charles Dickens, J.R.R. Tolkein, Margaret Atwood, Ursula Le Guin, C.S. Lewis, Madeleine L’Engle, Frank Herbert, and a host of others, are writers who get up eight times for every seven times they fall.

But, when it comes down to it, they know their value and their books are imbued with it.

The only way to escape that is to pretend they don’t exist.

That’s my thought on the subject. Leave a comment to say what yours are.

This post is a part of the Bravery Blogging Project, a challenge for bloggers to write about IDEAS: original, deep, and real perspectives, stories, or lessons.

To eschew the fear of unsubscribes and negative reactions and to say what we really think.

For more of the work in this challenge, search the hashtag #braveblogging or click on the image to the left.

Can We Become Foreigners in the Stories We Create?

When writers write, we invariably include our perspective into what we create. This can be a good thing when done in service of the story, but,

Do Girls Really Think Books about Boys Don’t Apply to Them?

Someone asked me the other day whether girls really think that books about boys don’t apply to them. It was an honest question, respectfully asked. I’m