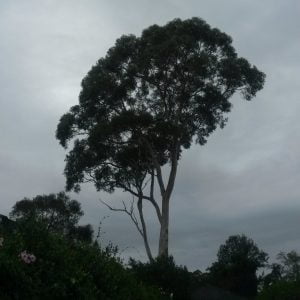 Did you know that Canberra is the capital of Australia?

Did you know that it’s also known as the bush capital, due to how city ordinances preserve the bushland up on the hills? (People can build between the hills.)

Canberra was tied for second with Melbourne, Warwick, Hastings, Germany (no specific city, just Germany xD), and Seoul, so I employed the use of a random number generator to make decisions for me. I think it worked out well. I’m rather a fan of nature.

After Europe, Australia is HUGE

One of the things I noticed right away in the UK was not just how much less space there was compared to the US and Canada, but that people acted like there was less space. People walk closer together. They give less distance between each other when passing on the sidewalk. They start passing later.

Australia, on the other hand, sprawls out, enjoying and taking for granted exactly how much space it has. It’s beautiful.

Here’s some shots I took in the Greyhound from Melbourne: The sheer amount of space also, oddly, edged right into my discomfort zone. I’m not sure if it was because I’d been in Europe for almost three months, or if Australia’s got even more room in it than Canada, but I found myself feeling slightly agoraphobic if I thought about too much about it. So I didn’t think too much about it and decided to enjoy it instead :)

An Afternoon of Blackberry Picking

Amy and her family took me blackberry picking at our first opportunity. Blackberries are the best berries, and it’s a shame they don’t grow in Alberta, so I was ecstatic.

Here’s one of the places we went picking in: Here’s the berries I picked (yes, that’s a puke bag. We forgot to bring buckets xD ): They’re a lot smaller than the B.C. berries I’m used to, but that’s because it was a hot, dry summer, which meant that the plants got sort of scorched and sad. Sad blackberries are still delicious, though, even if they stain your fingers and you have to brave being scratched by the thorns to get them. I like to think the scratch on that hand looks sort of like a vampire bite. The world’s smallest vampire. A blackberry vampire? I’d be up for subsisting off blackberries for the rest of my life.

Australia Has Both Parrots *and* Magpies, Which is Weird

One of the first birds pointed out to me in Melbourne was a cockatoo, which I had previously only seen in zoos. My brain just went

as it tried to process the fact of cockatoos in the wild.

It did the same thing when Amy pointed out this parrot: But the parrot wasn’t even the most interesting thing there (somehow). Amy and her family and I had stopped for lunch at a scenic picnic spot at the top of a hill. Said picnic spot was also the preferred gathering place of a flock of greedy, personal space challenged magpies. We have magpies in Edmonton, too, but they’re a bit smaller, have different colouring, and are more on the obnoxious bird call side of irritating. The magpies at this spot, I was warned, would try to steal food as I was eating it.

Let me tell you, it’s a surreal experience eating your lunch while all these birds watch you from less than three feet away. There were a few on a stone wall next to us that I took a billion pictures of, trying to catch them all looking in the same direction, and I caught this golden moment: Why is it golden? you may ask. See what I mean?

Now, to be clear, not everything about Australian magpies is stalkerish. They also have a really neat call:

In Which Thea Fails to Feed Kangaroos

I really wanted to feed kangaroos. I had a carrot with me and everything. But, apparently, there wasn’t anywhere in Canberra where such a thing was possible. Nevertheless, I was determined to try, so Amy’s husband took me to a spot where they’re known to hang out, and I tried my luck.

Kangaroos remind me of deer. They look up at you the same way when you’re getting closer than they’re comfortable with. They travel in groups. They’re herbivorous. And they’re definitely not to be messed with, although they’ll run before they’ll fight.

But none of them wanted to be fed by me. Sadness.

I got close enough to take the kind of blurry pictures of them that you’d expect someone to get of a yeti or the Loch Ness Monster, though, which makes up for it xD When Amy and I were talking about me visiting, she asked me what kinds of things I’d like to see, and one of the things I mentioned was places with weird history. She took me to Cape St George Historic Lighthouse.

So, there’s this lighthouse that isn’t used anymore, since a new lighthouse was built. Sometime after the new one was built, the Australian navy thought it would be a good idea to use the old lighthouse for target practise. They did that for a while, until someone was like “Mate.” and made the lighthouse a historic landmark so the navy would have to stop blowing it up. This story is so hilariously Australian I don’t even know where to begin with it. But the lighthouse itself (and the remains of the buildings around it) made for some wonderful photo spots. I kept trying to capture the feel of looking through a threshold to another world. This photo came the closest: There was also a lovely rocky bit nearby the lighthouse (there’s a whole bunch of walking trails in that area), where there’s a nice view: And also a depression in the rock the exact shape and size of my footprint. Clearly, I’m a time traveller and will have already visited Australia some time in the future. Talk about weird history :D

Wombats Are Basically Bricks in a Flesh Suit

On my last weekend in Canberra, I went with Amy & family to visit her mom and step dad. This ended up leading to a drive up and down a hill on the last evening, looking for wombats. It was slow at first, and we were wondering if we were going to see any. We did find this gate, though: The camera couldn’t capture it quite properly, but it basically looked like something the Fae would put up to lure travellers into their world. We were all enthralled by it for a good long time.

Thankfully, it wasn’t magical, so the promise of wombats drew us onwards, until:

(If you line up the sound from that video, you’ll find the gif is timed to fit with it xD )

In the end I think we saw about twenty wombats? We slowed down when we saw them, and everyone told me how you never want to run into a wombat. Apparently, they’re so densely built it’s like running into a mass of bricks. Your car is not likely to survive.

Trees in general always fascinate me, the trees in Australia even more so. They look like they come from an alien world. We, of course, also visited the beach: And I, ocean lover that I am, stuck my feet in the water:

In addition to beach and rocky bits with lighthouses and vast, open spaces, Australia also has some jungle going on, all within a couple hours’ drive of Canberra. Which is much better than some sci-fi planets I could mention.

In Conclusion: Much Happy, So Relax

I really enjoyed my time hanging out with Amy. Australia is hecking amazing, and Amy is super cool as well as hilarious (the wit in that household!). She has this way of translating what I’m saying into what I didn’t even know that I was trying to say, but which I was totally trying to say. It’s spookily accurate as well as comforting. It’s nice to know when someone gets you :)

And, as we bring this post to a close, I shall leave you with the nightly summer serenade of Canberra:

Tune in next week for Finland :D