World Tour, Days 125-128: In Which Helsinki Treats Thea to a Real Winter 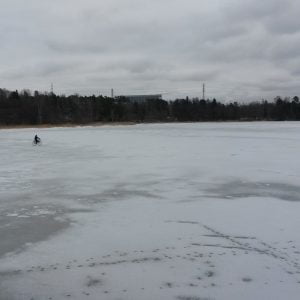 Did you know that Helsinki has such a convoluted coastline that people often mistake parts of the ocean for lakes?

Finland and Iceland tied for first in you guys’s vote and, rather than rely on a random number generator like I did when choosing Canberra in the last post, I threw in my vote to break the tie. I mean, I wrote a book that takes place in Iceland. I’m a little partial ;)

J, who I met on the Amtrack train from Sacramento to Denver, had offered to show me around if I ended up in Helsinki after she returned home. While I was in Hannover, I found a ridiculously cheap flight to Helsinki, got in contact with J, found I’d be able to stay at her sister’s while I visited, and booked the trip.

(I’m still in awe of the serendipity involved in how this part of the trip happened.)

For my first breakfast in Helsinki, I enjoyed some fantastic Finnish bread that I will now crave forever: That’s the dark version of that bread. The regular version is a light brown, but the dark one stole my heart. And this is after being spoiled rotten by how amazing German bread is.

Later that day, J brought me to a building that has gorgeous carvings like this inside of it: All the carvings are creatures and characters from the Kalevala, which is Finland’s national epic. Aka, it’s a collection of old, old Finnish poems with stories about gods, heroes, and magic. It’s probably the most important piece of Finnish literature and has influenced a million things, including things outside of Finland- Tolkein used it as one of his sources for The Silmarillion.

This and Finnish bread aren’t typical Helsinki tourist activities, a fact I know because there’s an actual Helsinki tourist map, with a checklist of things to do and places to see. A number of things are geared towards summer (ex. eating ice cream), but there’s a lot on there that you can do in the winter, too.

I’d show you a picture of all the things I checked off on that list, but I forgot to take a picture of the map before I mailed it home with things like my winter jacket, which I didn’t need after I left Germany. But I can tell you that I had a cinnamon bun in a cozy little coffee shop and spotted kindergarteners on a field trip, wearing bright yellow jackets. This is the view from the top of the steps: And, on the inside, this is the pipe organ: The cathedral has fairly simple architecture, which I said to J was a really good move, because the building is so dang HUGE. Complicated decoration on the inside would have distracted from how awe-inspiring its sheer size is.

Seurassaari Island: a Glorious Place of Nature, History, and Winter

Another activity on the tourist map (J and I discovered after we’d already planned to go) is Seurassaari Island. The whole island is a park, with a chunk of it being an open-air museum consisting of buildings like this hay-cabin: The sign there has information about the building written in Finnish, Swedish, and English (Finnish and Swedish are the two official languages of Finland; you can see both everywhere, including road signs, as all the roads have both a Finnish name and a Swedish one). The map in the bottom left hand corner shows what part of Finland they brought the building in from. This particular one was brought in from northern Finland.

Something that they didn’t bring in were these fences: This is a traditional Finnish-style fence, and they were along a number of paths on the island. J told me that, while people still make fences this way, it’s becoming less common.

The Nature and Winter

Since this is all on an island, after all, have an obligatory panorama of Helsinki’s coastline:

Look at all that ice! That cloudy grey sky! And have you noticed all the snow in the other pictures I took on Seurassaari Island? After three months of not having proper winter (minus Iceland), I was missing it so much. Did you know that Germany gets barely any snow in the winter? I didn’t until I was there, although I did know that the UK mostly just gets rain during the winter. So Finland was a lovely respite where I could get my yearly dose of snow and ice, even if it wasn’t as cold as I’m used to (a month before I got there, it was in the -20C/-25C range, which is what Alberta winter is like, but it hovered around zero the whole time I was in Helsinki). I was so happy to walk on ice and focus on doing so without slipping. Winter just doesn’t feel right without that. :) I took a picture of it because J had a hilarious story about the stairs on the other side of that rock outcropping. Apparently, one of Finland’s previous presidents was really fit and liked to go for a walk/run every day along that path. And he would straight up jump up the stairs on the other side. I didn’t get to see them, but J informs me they’re really steep, and her boyfriend tried jumping up them once, only to fail miserably.

The best part of the story is that the president’s bodyguards couldn’t jump up those steps, either, so he’d have to wait at the top for them to catch up.

As a particularly random treat, as J and I left the island, we spotted a man biking across the frozen ocean on the way to wherever he was going, chill as chill could be. Pun intended.

J and I were both highly amused. As you can see from the map, Suomenlinna is made up of four islands connected by bridges. It used to be used as a fortress to guard Helsinki from either Russia or Sweden, depending on whoever was in charge at the time. It has walls that look like this: There are cannons on various parts of the islands, and all the original fortifications and buildings are designed to look like they’re nothing more threatening than bits of the island. Aka, the grass at the top of that wall? Totally on purpose.

There’s one pier on the island on the outside of the King’s Gate. (Much as I love the ocean, I didn’t dip my feet in because that water was probably hecking cold and I’m rather attached to my toes. Pun also intended.) Here’s a somewhat grainy picture of the view from the pier: And the view from inside the gate looks like this: You can see the chains attached to the drawbridge in that picture, but what you can’t see is the archer slits on either side of me. They’re so deep you wouldn’t be able to reach the archers with a sword, but they’re wide enough for the archers to get their arrows into you. Essentially, if an army managed to get in the gate, they’d be stuck in a bottleneck, at the mercy of the archers until they got through to the other side.

But good luck with that, because there’s a door on the other side of that gate, too.

Nowadays, there’s no fear of archers, you’re probably not carrying a sword, and you can easily get to the islands via a ferry, which runs every fortyish minutes, and which you can get on with the same passes you’d use for the buses and trams.

An Honourable Mention to Hannover

I’d forgotten this until I found the photo evidence again. When I got back from Finland, Inga (the friend I stayed with in Hannover) was either asleep or at work (I don’t remember, and my calendar is in Japan time right now and I don’t want to do any conversions xD ). BUT. She had figured out which chips I like and that I’m a fan of German milk, so this is what I found when I returned to her apartment: (For those of you freaking out about milk not in the fridge, Haltbare Milch is shelf-safe milk. It doesn’t go bad when left out in room temperature, which is plenty disconcerting when you’re not used to that. I never did get used to that, but milk is milk. So I drank it :D )

I’m pretty dang lucky to have a friend like Inga.

(LOOK, INGA, I TALKED ABOUT GERMANY TOO, WHEE)